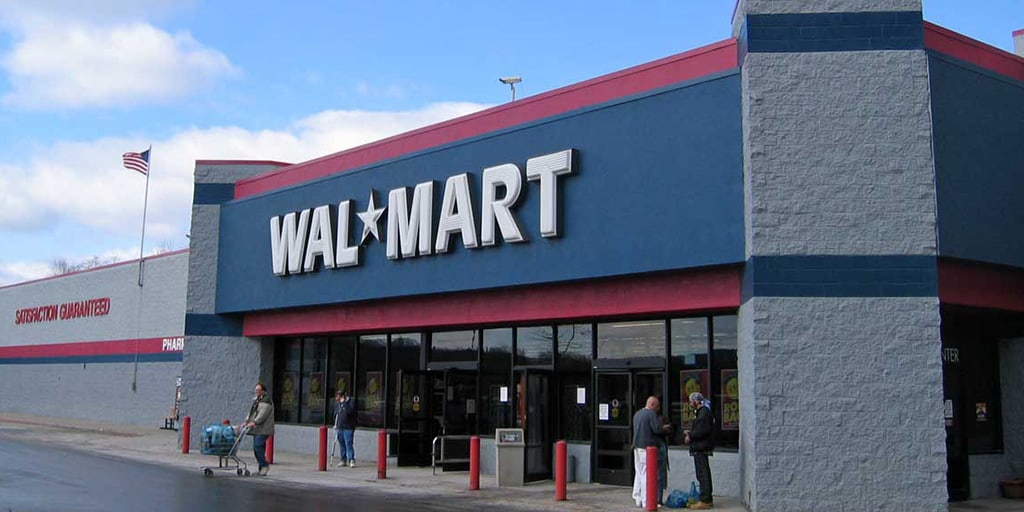 For years, Walmart – America’s largest retailer and supermarket chain – has been labeled with the distinction of providing the worst customer service in retail. In 2007, it scored a dismal 68 out of 100 on the American Customer Satisfaction Index (ASCI), a rating it has more or less maintained ever since. Likewise, the company’s performance in e-commerce has not proven to be any more impressive. According to ForeSee’s e-retail satisfaction index, Walmart has generally received a score somewhere in the 70s on a 100-point scale. In comparison, rival Amazon.com consistently scores in the 80s.

The one-time retail giant had taken a big fall. Before 2007, it regularly scored near the top of ASCI’s customer satisfaction report. But in its 2013 Retail Report, ASCI concluded that Walmart’s “low customer satisfaction ratings demonstrate that low price does not does compensate for quality, neither in merchandise nor in service.” Despite its low price offerings, in four of the past six years, Walmart scored the lowest of all department and discount stores, finally hitting bottom in 2014 with one of its all-time worst scores.

The internet is full of negative customer reviews of Walmart. On one review site alone, customers have complained about everything from store cleanliness and empty shelves to slow and unpleasant customer service.  And customer dissatisfaction has had enormous, negative impact on the retailer’s profits. In October 2015, Walmart stock fell by 30%, its biggest drop in decades, resulting in a loss of $21 billion. This devastating financial loss forced the company to finally pay attention to what its customers had been saying for years: Walmart needed to clean up its act or risk becoming irrelevant.

Doug McMillon, chief executive, admitted Walmart lost its way when it failed to put customers first: “To deliver [to] shareholders, we have to win first with customers and associates”, adding “You clean up your house before you invite people over.”

McMillon recognized that a large part of Walmart’s declining value stemmed from an ongoing image problem that spoke to the necessity of improving customer relations. If Walmart didn’t begin gauging customer feedback, it would never be able to connect with them and improve its reputation and financial outlook. Which is exactly what it did. By late 2015, tentative signs that Walmart was starting to win back customers began to emerge.

Walmart realized that its greatest stronghold, providing lowest prices anywhere, was no longer enough. It also needed to provide better service, better-looking stores, and a better overall shopping experience if it was going to win back customers.

To create this much-needed change, it relied in part on customer feedback from surveys to rate its stores. Walmart incentivized customers to complete surveys with a chance to win a $1,000 gift card. Customers were asked to rank their experience from 1 to 10 in several categories. The results were then analyzed to gauge the progress each store was making.

Store managers received updates on the results, allowing them to not only see areas in need of improvement but also how customers ranked their experience based on factors like time of day or day of the week. Stores quickly set about implementing changes based on the feedback, finding ways to create shorter checkout lines, provide cleaner restrooms, and improve the quality of products such as groceries. Feedback was also used to help create a seamless omnichannel shopping experience, one which integrated brick and mortar stores and online channels for increased efficiency and ease.

And for the world’s biggest retailer, there was finally some good news. Initial efforts to improve customer satisfaction seemed to work. By late 2015, 70% of stores met their customer experience goals. According to one report, 75% of customers in a survey of 2,506 shoppers said they were satisfied with their overall shopping experience, the best ratings Walmart had seen in years.

While no one knows for sure what the future of Walmart looks like, the retailer has already seen the benefit of using customer feedback to make improvements one store at a time. By investing in a successful strategy for collecting and implementing customer feedback, Walmart has managed to make much-needed changes to the customer experience which will likely make all the difference to its immediate and long-term financial outlook.